The origin of the Basque people has been shrouded in mystery. There are few people on the face of the earth of whose origin so little is known, and who have exercised such a fascination over ethnologists and philologists of every nationality.

Many different names have been used for the people who, as Voltaire said, sing and dance on both sides of the Pyrenees. Over time, the term Vasco has become our name in Spanish, becoming Basque both in French and English and the equivalent of Basque in virtually all languages of the world. However, we have traditionally called ourselves Euskaldunak, literally those who possess the Basque language, and we have named our country Euskal Herria, the country where Basque is spoken, regardless of whether we have been subjects or citizens of one country or another throughout history.

Euskara, the language of the Basques, is a pre-Indo European language and has consequently existed for several thousands of years, a valuable part of Basque heritage and the singularly most unique part of Basque identity. The Basque language is a linguistic and historical enigma. Its roots are unknown because it is not related to any other language spoken today.

The admirable continuity of Euskara over the centuries remains unexplained by historians. The first written words in Basque were found in some Pyrenean funeral stelae or headstones dating from the 1st century AD. The oldest conjugated sentences are from the 10th century and the first publication in Basque only began in 1545, with a collection of erotic poems. In the present day, the number of people who speak Basque is around 900.000 (around 30% of the population) and rising. Of these, the big majority live in Spain predominantly on the Northern Atlantic coast, and the rest live in South-West France. There are also pockets of Basque speakers in Latin America and in North America.

Historically, Euskal Herria has been divided into seven provinces: Araba, Bizkaia, Gipuzkoa and Nafarroa which form Hegoalde, the southern side of the international border between the French and Spanish states, and Lapurdi, Nafarroa Beherea and Zuberoa which form Iparralde, the northern side. Overall a land of around 20,000 square kilometers that lies at the western extent of the Pyrenees Mountain range, facing the Bay of Biscay. For a territory of this size, there is a surprising complexity of ecological zones. At its Northern extent, a temperate coastal area of natural harbors gives away to a hilly interior pierced by narrow river valleys. Further inland lies the commanding mountains of the western Pyrenees, whose higher reaches experience alpine conditions. To the south is a broad zone of interior continental and even Mediterranean-like climates with somewhat larger temperature swings between seasons 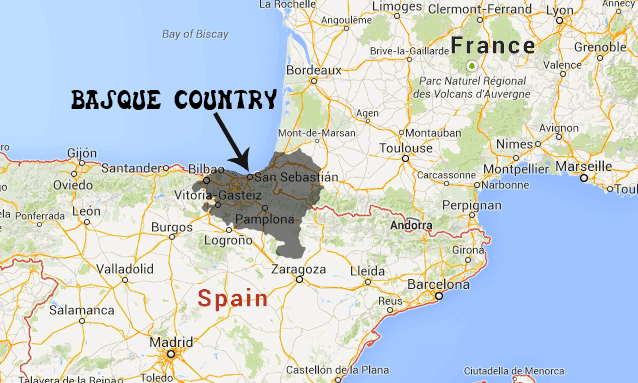 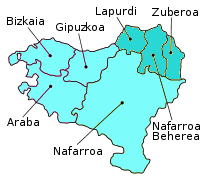 The Basques, who according to experts came to Europe with the Cro-Magnons and thus were among the first ethnic groups to inhabit the old continent, don’t only boast of their unique history and language. They also differ to a significant extent genetically from their Spanish and French neighbors, as pertinent studies have shown. According to serological findings, the blood group 0 occurs more frequently in Basques than in other European peoples. Moreover, in no other people on earth do more individuals belong to the Rh negative blood group. These differences are thought to reflect their long history of isolation, along with times when the population size of the Basques was small, allowing gene frequencies to drift over time. This combination of biological and linguistic uniqueness has led many scholars to proclaim the Basques to be Europe’s “oldest people”.

Come and discover the Basque Country with us!