Snacks & Drinks
Any other not specified item

This tour combines an easy hike between San Sebastian and Pasaia crossing Mt. Ulia, with a three-course meal in a waterfront restaurant.

We will start the day walking from your accommodation and after reaching the end of Zurriola beach we will start climbing up Mount Ulia, the geographical feature that both unites and separates the two populations. The ascent is steep and quite uneven at first but we soon reach a flatter path. Mt. Ulia is a protected area but it seems to be full of memories, wars, whale sightings and of fresh water essential for growing city, as well as of travellers who, like Victor Hugo, set out from San Sebastian and crossed these mountains, and ended up by chance in Pasaia becoming fascinated by both the location and its inhabitants. After walking gently paths along the sea, stone roads and wooded lands we approach the majestic and romantic Faro de la Plata (Silver Lighthouse) situated on an impressive cliff that is almost perpendicular until we reach the esplanade below it. 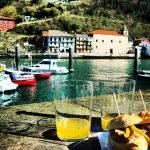 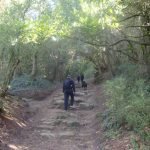 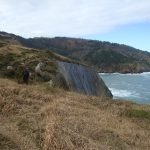 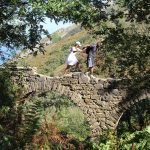 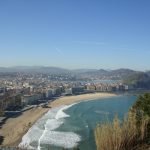 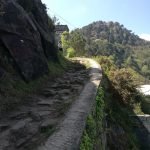 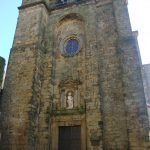 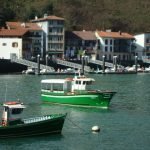 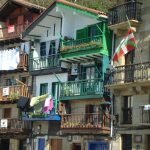 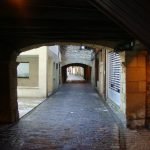 The lighthouse access road takes us to Pasaia along the mouth of its harbor, a spectacular narrow strait, which is abruptly cut off. The rest of the route continues at sea level and we soon come to the Albaola Basque Maritime Factory where a reproduction of a 16th-century whaling ship is being built. After reaching San Pedro, we will cross over the bay by boat to the beautiful district of San Juan the point at which this route finishes. A very well deserved lunch will be waiting in a waterfront restaurant in San Juan, a captivating coastal village, with very narrow streets, where the 19th-century French poet Victor Hugo found inspiration.

The Way of St. James